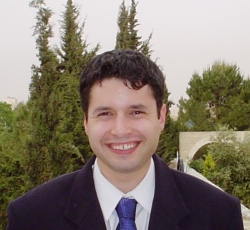 Josh Reinstein has been Director of the Knesset Christian Allies Caucus since its inception on January 5th 2004. Mr. Reinstein is also President of the Israel Allies Foundation, which coordinates the activity of 36 Israel Allies Caucuses in governments around the world. Josh Reinstein is also the producer and founder of the hit TV show, Israel Now News. Israel Now News is a half hour weekly news magazine that is broadcast to 35 million viewers in 191 countries around the world. Mr. Reinstein grew up in Dallas and Toronto. He is an honors graduate of the University of Western Ontario, where he earned a degree in political science. He served as a tank gunner in the elite 188 unit of the Israel Defense Forces Armored Corps. Mr. Reinstein was named one of the “50 most influential Jews in the world” by the Jerusalem Post.